Bright lights might lead people to your door, but they could also land you a hefty $1,000-a-day fine if you own a home, cafe, condo or business along Hollywood’s oceanfront.

That’s because Hollywood is launching a crackdown on every home and business that’s breaking the city’s turtle lighting laws.

By instinct, baby sea turtles follow the moon to the sea. But one bright light from land can send them crawling the wrong way.

Disoriented hatchlings can wind up in nearby parking lots and roads, where they can be crushed by cars, preyed on by birds or dry up in the harsh morning sun. Hatchlings already have terrible odds: Only one in 1,000 survive to adulthood.

In 2000, Broward County required all cities along the coast to pass laws requiring turtle-friendly lighting during nesting season from March through October.

Hollywood was the last city to do so, finally passing a law in 2011 that applied only to new construction. Existing buildings were not required to dim their lights until 2015.

Four years later, some have yet to do so.

John Weitzner, a code enforcement officer assigned to the beach, aims to change that.

Over the next four weeks, he’ll spend every workday patrolling the beach at night to hunt for lighting lawbreakers from the Dania Beach line all the way to Hallandale Beach.

Other coastal cities say they’re already keeping a close eye on the glow that comes from restaurants and shops along their beaches.

So far this year, Deerfield Beach has issued 25 warnings to businesses that have violated its turtle lighting rules.

“As far as fines go, we have not had a case go before the magistrate yet,” Hunt said. “Our philosophy is more about education than fines. All of the warnings issued this year were quickly addressed.”

In Fort Lauderdale, code officers do inspections twice a week to make sure shops and other buildings along the beach are following the city’s turtle-lighting laws, said city spokesman Matt Little.

Code officers have given three warning citations and one $150-a-day fine so far this year, Little said.

And the fines can go as high as $15,000 per violation if the code enforcement board or special magistrate finds the violation to be irreparable or irreversible.

In 1986, Boca Raton became one of the first municipalities in the state to approve a lighting ordinance designed to protect nesting sea turtles.

That ordinance has been used as a model for other cities, including Deerfield and Pompano.

Boca Raton monitors its beach regularly and had a few violations last year, says city spokeswoman Chrissy Gibson. Those who fail to comply can face fines of $1,000 a day, she said.

In Hollywood, Weitzner says he’s expecting to have a busy month.

So far, he’s cited two Broadwalk establishments near Garfield Street — Florio’s of Little Italy and the Shirtery souvenir shop next door — for having lights too bright for turtle season. Each owner has 10 days to dim the lights or face fines of $1,000 a day

“They’re not the only ones,” Weitzner said. “This is going to be enforced strictly now. It has been on the books [for years] and people know it’s out there.”

He already has his eyes on another target, an ice cream shop with neon lights that cast a bright glow along the Broadwalk.

Hollywood’s crackdown was sparked by a concerned resident who sounded the alarm on social media.

“I saw a turtle on the Broadwalk heading west,” she said. “I look up and see Florio’s and I see their spotlight.”

The next day, she called city and county officials and blasted the news on Facebook in a post shared more than 130 times.

By Tuesday, Weitzner had cited Florio’s and the neighboring souvenir shop and was already rearranging his hours so he could scout for illegal lights.

At least one business owner is already making the required changes.

Florio’s co-owner Giuseppe Viscito says he has dimmed the lights and will no longer use a bright projector light outside the restaurant.

“We had six lights and left four on” during turtle nesting season, he said. “Now we are down to two, so it’s even darker. We talked to code

If you find disoriented hatchlings going the wrong way, you can call one of three numbers: Sea Turtle Oversight Protection’s 24-hour hatchling emergency hotline at 954-404-0025; Broward’s sea turtle hotline at 954-328-0580; or the Florida Fish and Wildlife Conservation Commission at 888-404-FWCC, or text *FWC from your cellphone.

“Hollywood is pretty much the bastard child when it comes to enforcing the lighting ordinance,” WhiteCloud said. “Florio’s is one of 100 incidents. Turtles disorient all the time down in Hollywood.” 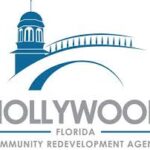