The Hollywood CRA is preparing to mobilize  the construction of the undergrounding of overhead utilities and streetscape beautification.  The project boundaries are along State Road A1A from Hollywood Blvd. to Sheridan Street. This is the CRA’s completion of the SR A1A Complete Streets project which was partially  completed by the Florida Department of Transportation. We expect to start mobilizing toward the end of this year.

The project includes but is not limited to:

a)      Undergrounding of overhead utilities

b)      A new signalized intersection at Garfield Street

We invite you to please participate in several virtual meetings we will be having, or by directly calling our offices.  We would appreciate the opportunity to be able to contact you at frequent intervals during the course of this project and provide updates, get your feedback or any other issues.  In addition, we will have a project website that will be  updated weekly with scheduling and any other pertinent  information.

Currently, we are seeking information regarding your business operations, food/beverage delivery times, trash hauler schedules, and any other operations which could be impacted by the construction of this project.  Our objective is to minimize any disruptions to your business.

We look  forward to partnering with you and the contractor for a successful collaborative partnership during this construction phase.

Join our members and other businesspeople on Thursday, July 22, 2021 from 2 pm to 4 pm at the Hollywood Beach Marriott. There will be presentations from the city concerning A1A, Beach Safety and the new Plastics Rules. Plus there will be a Tourism Update from the Convention and Visitors Bureau and an opportunity for everyone to ask questions and voice concerns.

Broward County is offering a seminar on the Restaurant Revitalization Fund which will describe the program and how to apply. If you own a restaurant this may be something for you to consider as this program is designed to help you.

The online seminar is on Monday, April 26, 2021. You can see the details below and then click on the link to register. Recipients are not required to repay the funding as long as funds are used for eligible uses no later than March 11, 2023. Click here – https://tinyurl.com/5fwhc8v6

Beginning Saturday, May 1st City of Hollywood Code Compliance and the Hollywood Police Department will begin enforcement of the new Noise Ordinance for all residents and businesses in Hollywood.

In addition to establishing dBA/dBC levels and other requirements, the new rules will also require Noise Level Detection Devices for businesses with amplified music/entertainment. The devises must be installed by June 1st.

To familiarize yourself with what these new rules mean for you and/or your business, please visit the City’s website: http://www.hollywoodfl.org/1297/Noise-Ordinance

YOU ARE INVITED TO WATCH THE A1A ROAD PROJECT UPDATE GOTO WEBINAR.

Presented by the Hollywood Beach CRA
for business and property owners from Hallandale Beach Blvd. to Dania Beach Blvd.

Please go to this link to register for the webinar.

We petitioned the city to support a pedestrian crossing on A1A at Garfield street.  This is a busy area and we need to offer a safe crossing since the median is gone and there is no refuge for those walking across the road.  The FDOT (Florida Department of Transportation) and the Community Redevelopment Agency created plans and approved a crossing with markings and a signal to make this possible.  We are seeing an uptick in bicycles and foot traffic now that the road improvements are mostly complete and safe crossing zones will improve the circulation in the neighborhood.

This is a unique summer as many of our businesses are re-opening or operating based on fast changing County and City of Hollywood rules for operating a business in the COVID-19 era.  The HBBA has posted updates on social media and our website HBBAFLA.com as they become available.  Regulations and changes to code are passed by the government with only a few days’ notice.  Businesses have to react and implement even faster or face warnings, fines and even closure.  When the city closed beaches for the 4th of July our customers thought our businesses were closed. We support efforts to keep people safe and are working with the government to ensure that the right messaging gets out as far as our business community.  There are some very useful links on our website to get required signs that you can print out for free, as well as resources businesses can use for re-opening.  The Broadwalk has been open and so are the beaches for the rest of the summer for your walking, biking, shopping, dining and sunbathing pleasure.

Our businesses are now required by the government to enforce mask regulations.  This will allow people to go out and get some fresh air, a bite to eat or just to see the ocean.  A business could be closed down and the livelihood of the employees and owners will be affected if inspectors see no compliance so we ask our friends, neighbors and visitors to understand this and to comply.  Please help them out as we want you to enjoy all the good things here on Hollywood Beach.

The National Hurricane Center’s 5PM advisory for Tropical Storm Isaias includes a Tropical Storm Watch in effect for the east coast of Florida from Ocean Reef to Sebastian Inlet. A Tropical Storm Watch means that tropical storm conditions are possible within the watch area, generally within 48 hours. Residents are encouraged to review their emergency plans and make sure they are prepared for the potential of severe weather and possible tropical storm conditions.
Residents should monitor this storm and ensure they have a hurricane plan in place and not focus on the forecast track of Isaias’ center.

Residents are encouraged to use this time to finalize their personal hurricane preparations:

Before, during and after a storm important information will be posted on the City’s website at www.hollywoodfl.org, shared via CodeRED Alerts, through NotifyMe “News and Announcements” email and text messages and on the City’s social media sites, Facebook and Twitter. Receive the latest emergency updates and information by signing up today. Please bookmark, follow, like and subscribe to the City’s various information sources to be in the know.

Please stay tuned to radio and television broadcasts for further details of the storm movement and potential impact to our area.

Broward now joins Miami-Dade County in having a curfew. Palm Beach County doesn’t have one, though it’s requiring all restaurants to close at 11 p.m., and it’s possible the county could enact tighter restrictions if conditions worsen.

Palm Beach County Mayor Dave Kerner on Friday afternoon called it a “big deal” to limit residents’ travels at night, but if it means protecting the public’s health, he said he “absolutely would vote for a curfew.”

People who break Broward’s curfew or ignore other measures could end up facing civil and criminal penalties, Holness said at a news conference Friday afternoon. These penalties could include fines starting at $500 and up to six months in jail, depending on the circumstances.

This marks the second time that Broward County enacted a nightly curfew in recent weeks. The county had one that lasted three nights in early June, put in place to boost public safety. It came as protests were underway across the country over the death of George Floyd at the hands of a Minnesota police officer.

Under Broward County’s new order, it also will crack down on the “large social gatherings” that are still happening in the streets and peoples’ homes, despite the number of cases continuing to rise.

“The number of COVID-19 cases continues to climb, along with positivity rates,” the county said in a statement. “In the past week, Broward has experienced more than 1,300 new cases each day and positivity rates as high as 16.58%. Our hospitals are either at or are exceeding their bed capacity.”

Through July 15, Broward County’s code and law enforcement teams issued a total of 57 citations and 768 warnings, the statement said.

In addition, the order says private gatherings at residential properties, whether they may be inside or outside, cannot have more than 10 people. People who decide to go to these gatherings could face individual civil and criminal penalties.

Vacation rentals have proven to be sites for “huge parties,” Holness said.

So starting on Monday, any short-term vacation rentals that are not “actively managed by on-site owners” or management or do not have on-site security 24 hours a day to ensure compliance will have to close. This will last through Aug. 20, the order says.

“I’m even hearing that some young people are having parties, gatherings and daring to see who would get the virus first,” Holness said.

“That’s a little bit crazy to think that someone would risk their life by doing that. But that’s what I’m hearing from various sources, and I’ve been hearing that for a little while now,” Holness said.

Ordering food or drink at any restaurant bar will also have to stop, too. The order says only those seated at tables can be served. And in gyms, people must still wear a mask at all times.

No establishment can serve or do business with any customer who is not following the county’s mask requirement, according to the order.

Before Holness’ news conference, a man who identified himself as Chris Nelson was taken into custody in the lobby of the government center. The man had been shouting about how the new restrictions were intrusions on citizens’ Fourth Amendment rights.

Police ordered him to leave, saying he was causing a disturbance. he initially refused to leave but complied once the officer ordered him to place his hands behind his back.

It was the second person to disrupt a planned news conference this week. At Gov. Ron DeSantis’ conference on Monday, a heckler shouted over DeSantis as he started speaking, calling him an embarrassment, Newsweek reported.

Join our members and other businesspeople on Thur...

Broward County is offering a seminar on the Resta...

YOU ARE INVITED TO WATCH THE A1A ROAD PROJEC...
View All 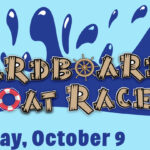 Dear All: The Hollywood CRA is preparing to mobilize  the construction of the...
Construction along SR-A1A 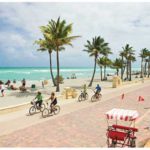