higher end brands and events. Some members noted that there were not a lot of local restaurants… but that was due in part to staffing issues and the fact that the area was still in season. The promoter is looking to do the next event on the first weekend in April to avoid conflicts with the air show.

Rita provided lots of details about tourism sales and compared this to 2019 data which showed 50.2% increases in April of 2022. It’s now a $36 billion a year industry in our county. In 2021 the area sold more rooms in 7 months than in 2019 and that’s considering there are now 1,200 more rooms available than 2 years ago. Events like the “Senior Games” and Pickleball Tournaments are helping to build additional opportunities for future growth.

10.General Membership Meeting Review – Ron asked the board for their impressions of the last general meeting. Commissioner Shuham mentioned to a few board members that it was too long and that the police, which were the star attraction waited till the end. The agenda needs to be shorted and presenters need to know there are time limits. The location is convenient, but some guest had trouble finding it and the city will not allow the windshield cards in the future. Ron is to set up an online form so attendees can register to get free parking. Details like close-off date and testing are to be reviewed.

11.Approval of New Directors – The board voted unanimously to approve Bob Weiser and Rachael Osburn as new board members. Ron pointed out that quorum is now 6 members instead of 5.

14.Adjournment – the meeting was adjourned at 5:12 pm. The next board meeting will be on Monday, June 30th from 3-4 pm at GG’s Waterfront. 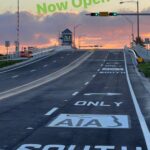